Where Would WE Be Without HIS COMPASSION?

“Then the LORD passed by in front of him and proclaimed, ‘The LORD, the LORD God, compassionate and gracious, slow to anger, and abounding in lovingkindness and truth; who keeps lovingkindness for thousands, who forgives iniquity, transgression and sin; yet He will by no means leave the guilty unpunished.’” Exodus 34: 6, 7

What do compassionate and gracious mean? They convey the showing of unmerited favor by having mercy for one that does not deserve it. Beloved, He is a good God! He delights in loving us. He is merciful, gracious, and slow to anger. He is not a fuming God that loses His temper. Father is slow to anger, abounding in goodness and love. What does abounding mean? It is like bubbling up, overflowing, and more than enough. This is a good God! He is a wonderful Father full of compassion and grace!

But notice the next thing that God makes known about Himself to Moses:
“Yet He will by no means leave the guilty unpunished.”

Beloved, what we learn in Exodus 34: 6, 7 is one of the most profound revelations in the entire Torah (Old Testament)—that first of all, God is compassionate, but secondly, He is just. We need to understand His ways and His actions from these two perspectives that describe His essence. Father is first of all merciful. He desires to show mercy. That is why He sent Jesus. If He just wanted to sow justice, YAHWEH would have never sacrificed His Son for us. He would have just destroyed mankind and not provided a path for redemption. Instead of mercy, every time somebody sinned for the first time, God would have just killed them on the spot as the Bible teaches—“the wages of sin is death” (Romans 6:23). But, because God is first compassionate, gracious, long-suffering and patient, He does not immediately destroy someone when they sin. Instead, Father has provided a way to turn to Him through Yeshua. God loves us. He is compassionate, and He is calling to all: “Come to Jesus and be saved.”

Receive The 3 DVD’s Shown Above 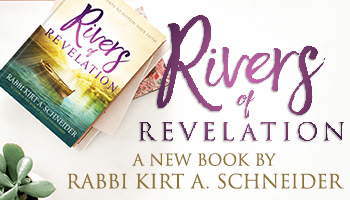 I have been blessed by supporting your ministry, “pressed down and overflowing”.

I believe in this ministry!

PRAISE GOD the MRI showed no signs of any growth! Thank you so much for your prayers.

I feel loved and encouraged by this ministry.

Monday was the first day that Karina has not felt pain in her hip, that was the day your ministry prayed for her.

Rabbi cares so much about people all over the world, the love is overwhelming.

I just became a monthly Partner to your ministry!

I was very impacted by your Live Broadcast via the Internet.