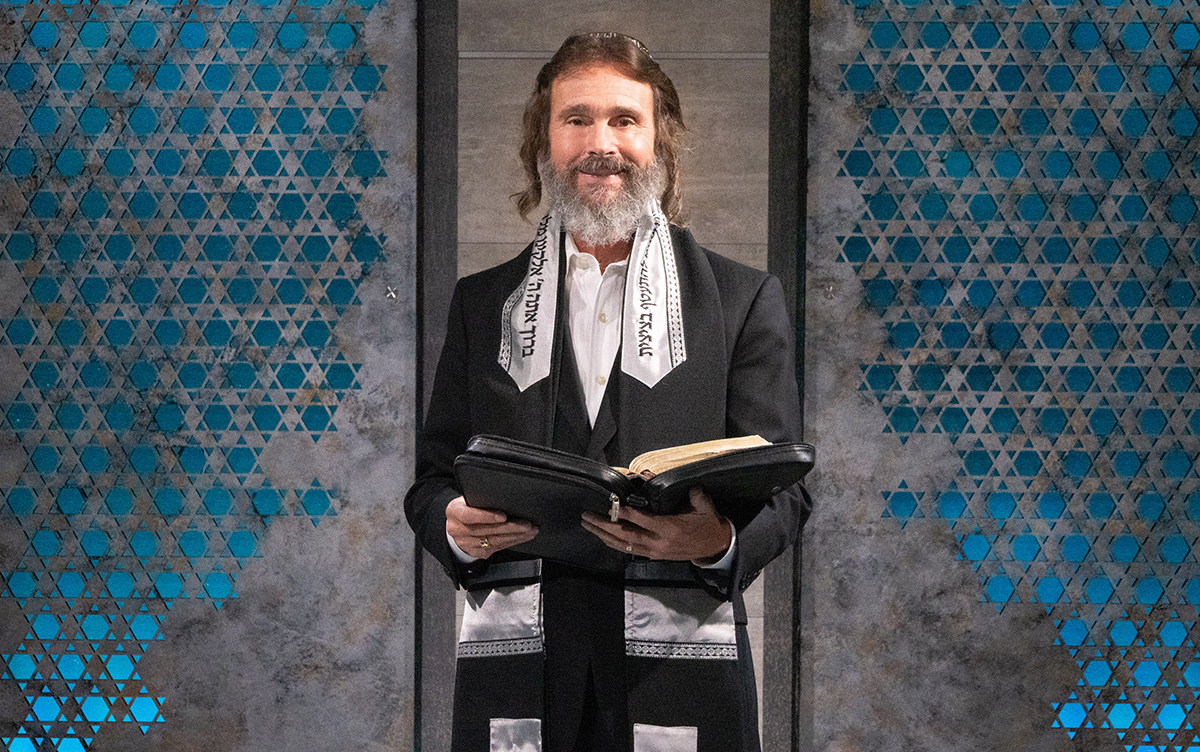 In 1978, having no concept of or familiarity with Jesus, feeling isolated, unfulfilled, and lost, a young Jewish man was suddenly awakened from his sleep. Immediately, a vision appeared to him of Jesus on the cross. “I knew at that instant that Jesus was the answer I had been searching for,” says Messianic Rabbi K. A. Schneider.

For the first time, he began reading the New Testament, devouring every verse; he says: “it was like fire to me.” He became consumed with knowing and experiencing God, the revelation of His Word, and the glory of His Son.

During the past forty-plus years, Rabbi Schneider has dedicated his life to a passionate pursuit of Messiah Jesus and being used by God for His purpose. His experience in both personal spiritual warfare and ministry has equipped him to bring to God’s Church deep insight into how to gain power over the realm of darkness and live-in victory.

Today Rabbi Schneider hosts the impactful television program –Discovering The Jewish Jesus, which is available in more than one hundred million homes in the United States and nearly two hundred nations worldwide. In 2021 he began broadcasting on radio and now airs across America. Rabbi Schneider imparts revelation of Jesus’ Jewish heritage and His fulfillment of Messianic prophecy.  Questions of how the Old and New Testaments tie together, and how Yeshua completes the unfolding plan of The Almighty Yahweh, are answered with exceptional clarity.

Through understanding the Old Testament and its prophetic nature, with Yeshua as its fulfillment, the viewer’s/listener’s faith is strengthened, increased relationship and intimacy with the LORD is discovered, and an eternal vision of life is crystallized.  Discovering The Jewish Jesus is an end-times ministry, strengthening the Church and calling her to be a readied bride for the return of the Bridegroom, Yeshua Ha Mashiach (Jesus The Messiah).

Several years ago, God spoke to Rabbi Schneider, “You are an evangelist.” The fulfillment of this calling is evident by the salvation testimonies the ministry receives through its television and radio broadcasts; and by the thousands of souls saved through on-the-ground outreaches and crusades across Africa and in places like Israel, Ukraine, and Cuba.

Rabbi Schneider has authored several books, including Called to Breakthrough, Do Not Be Afraid, Self-Deliverance, The Lion of Judah, Rivers of Revelation, The Mystery of Dreams, and Rivers of Divine Truth. He has been featured in The Jerusalem Post and is a frequent guest on national TV programs, including The 700 Club, Daystar’s Marcus and Joni, and Mornings with Maria on Fox Business Network.

He has pastored, traveled as an evangelist, and served as Rabbi of a local New Testament church congregation.