Beloved one, I hear the LORD crying out, “It’s time to run counter-culture, as Yeshua did when He walked upon this earth!” With the faith given to Him from Father’s Spirit of love and truth, Jesus righteously upturned the tables of the money-changers in the temple, and healed the withered hand of a man on the Sabbath, defying the man-made laws of His day. Passover, the most-celebrated Jewish holiday, recalls the story of the Jewish people’s faith to follow God’s instructions for deliverance, even when it was counter-culture. The Egyptian culture had denied the Jewish people opportunity to worship their God and reduced their lifestyle to that of servitude to the Egyptians for hundreds of years. Because Moses was sensitive to the voice of the LORD – “by faith … he refused to be called the son of Pharaoh’s daughter, choosing rather to endure ill-treatment with the people of God than to enjoy the passing pleasures of sin, considering the reproach of Christ greater riches than the treasures of Egypt; for he was looking to the reward. By faith he left Egypt, not fearing the wrath of the king; for he endured, as seeing Him who is unseen. By faith he kept the Passover and the sprinkling of the blood, so that he who destroyed the firstborn would not touch them. By faith they passed through the Red Sea as though they were passing through dry land; and the Egyptians, when they attempted it, were drowned.” Hebrews 11:24-29

Arise and begin your counter-culture faith walk in the LORD this year by celebrating the LORD’s holidays as He originally intended for us, and not as our culture does. A holiday stirs up hope for relaxation, relationships, and restoration of the body and soul. Indeed, the word holiday comes from the words “holy day,” which is a day set apart from our usual workday for the purpose of resting in the LORD and cultivating our relationship with our Creator through the remembrance of His faithfulness. But holidays have lost their original meaning, and they are no longer “holy days.” We have exchanged the pursuit of God for pursuing fleshly desires and living apart from our Creator. How many times have we heard, “wow, I need a vacation to recover from my holiday!” After returning to work from the weekend Sabbath holiday or from any other holiday, God desires His beloved ones to feel restored and filled by Him. Our culture lauds knowledge, technology, and enlightenment apart from living in relationship with the Creator, and it is resulting in sky-rocketing numbers of diseases and death related to stress and depression. Today is the day to declare war on satan’s culture that lives apart from relationship with God by going counter-culture and choosing to celebrate Passover and God’s Appointed Days as days to rest in the LORD and cultivate relationship with Father God through remembrance of His faithfulness. With faith and spiritual vision, make your holidays, Holy Days of the LORD through the rejection of work and technology on these holy days, and by keeping a single-minded focus upon receiving His truth, Word and love which restores your body and soul! 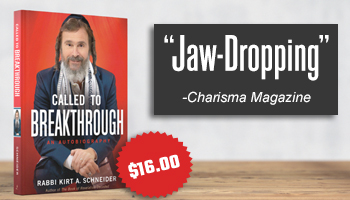